You are here: Home / Katherine McCary 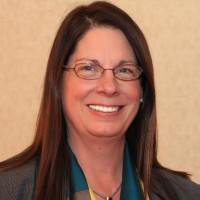 Katherine founded C5 Consulting, LLC, in May 2011 after 21 years at SunTrust Bank, Inc. as Chief Disability Officer, where her primary responsibility was developing and leading corporate disability initiatives. Her contributions to SunTrust´s disability efforts resulted in national recognition including the SHRM HR Magazine 2000 Innovative Practice Award, the 2002 APSE National Employer of the Year Award, the 2002 US Business Leadership Network (USBLN®) Exceptional Leadership Award and the US Department of Labor Secretary’s 2004 New Freedom Initiative Award. As a former New Freedom Initiative winner, Katherine is a member of the Office of Disability Employment Policy’s Circle of Champions.  In 2009, she received a USBLN® Lifetime Achievement Award.

C5 Consulting’s team of disability inclusion strategists from the private sector with more than 25 years of corporate disability leadership experience focuses its efforts in supporting clients in key areas of Leadership, Education, Accessibility/Accommodations and Pipeline (LEAP).

Katherine was the founding chair of the US Business Leadership Network (USBLN®) – now Disability:IN and the Virginia affiliate and currently serves as CEO/Executive Director of the DC Metro affiliate which was awarded 2017 Affiliate of the Year by the USBLN®. A strong advocate of the organization, she has launched more than ten affiliates across the US. She is currently on loan from the DC Metro affiliate to the DOL Office on Disability Employment Policy serving as temporary policy advisor.

She was appointed by two Virginia governors to serve on both the VA Disability Commission and the VA Board for People with Disabilities. In 2002, she was asked by the Assistant Secretary of the newly formed ODEP to participate in a US delegation to the UK and the EU. This work resulted in her nomination and subsequent appointment by President Bush (confirmed by the US Senate) in 2008 to serve on the National Council on Disability and received the “Honorable” title for life.  Katherine is nationally recognized as a go-business disability inclusion subject matter expert. As a national speaker, she has shared her expertise with international, national, state, and regional conference audiences for the past 18 years. As an individual with a non-apparent disability, as well as a parent and caregiver of family members with disabilities, she also speaks from a personal perspective. She is a SHRM certified Diversity Trainer and an ADA Leadership Network Trainer. 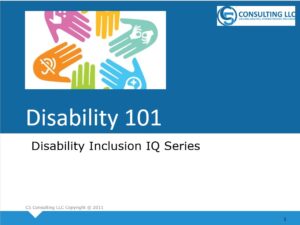